Kalima Village faces drinking water problems due to excessive salt from the groundwater sources currently used. The community is ringed by the Shire River, the biggest freshwater river in the country, which is highly infested with crocodiles that have killed people when collecting river water. Because of the crocodiles, people opt to use the two saline boreholes, which are often congested. Next to the community is a channel, which is used to divert water for irrigation purposes to a commercial sugarcane estate. The estate managers have so far allowed the community to also receive water from their pumping point.

This project aims to address these challenges by filtering the canal water and erecting water points, to act as new sources of water. This will ease travel time and help women free up time to participate in income-generating activities. The treated water will also allow community members to have clean water free from contamination.

Community members from Phata village have in the past years used saline water for household chores, as they desisted from collecting saline free water from the crocodile infested Shire River. The Water for Kalima project has provided a new lease of life by installing nine water pipes in the community which are being used by 3,497 people. Water from an already existing treatment plant at Illovo Sugar Company site is being reticulated through a main pipe line which in turn channels the water into other reticulation pipes, connected to the water pipes. The community members collectively dug a 1500 meters canal for installing the pipe lines, a show of immerse solidarity and ownership of the project. The project has installed two 10,000 litres water tanks at a nearby school which will be used to store the treated water from the main pipe line once a pressure pump has been procured. Unfortunately, the community was hit by floods caused by Cyclone Idai, but the water pipes provided a constant supply of safe drinking water which prevented the spread of waterborne diseases. Agness Biton, a 25 year old woman said,”The project has solved our problems which we used to face when we used to draw water from the only borehole which was salty. If we had not worked on this project, with the current flood damage, most people could have been affected by waterborne diseases. But this has not happened because we are using the tap water which is safe”.

Trencio Kandinga, an engineer and a Young African Leader Initiative Regional Leadership Center Fellow worked with Phata Community Based Organization (CBO) in his home village to provide first time access to clean and safe water to over 3,497 people out of whom 1,992 are women and girls. With a $9,189.61 grant from World Connect and extensive participation of Kalima village community members, Phata CBO has installed two water tanks holding up to 10,000 liters that feed nine taps in six villages. Being a flood prone area, people of Kalima were always affected with cholera and other water related diseases. Since the installation of this treated water source, not a single case has been reported. Furthermore, since women and children no longer have to collect water from river banks, there have been no deaths by crocodile attack since the installation of this water source, which were previously common. As part of the sustainability plan, each household contributes K500 ($0.68) per month. Using this money, the local committee has extended water access to five more communities by building five taps thereby expanding reach and access to more people. This development has reduced time and distance women used to cover to fetch water, allowing them to have more time for other income generating activities.

"This project has solved our problems which we used to face when we used to draw water from the only salty borehole or the river. If we had not worked on this project, with current flooding we have experienced, most people could have been affected by waterborne diseases as we used to in the past. But this has not happened because we are using treated tap water which is safe. Thank you to USAID and World Connect for supporting our dreams”-Agnes Biton. 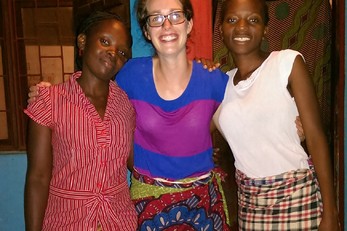 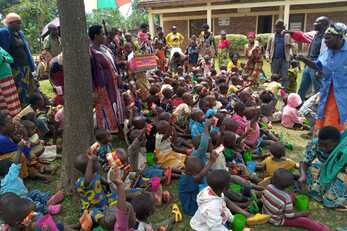 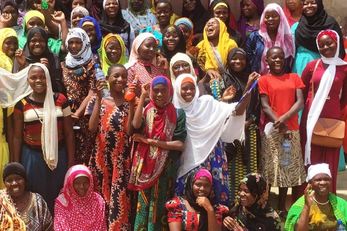 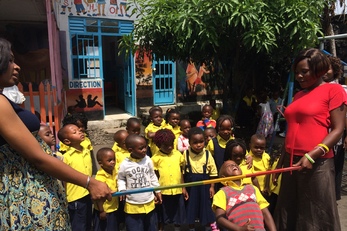 Building the Future of Youth

To help the youth of Congo live a future free of exploitation, maximize their potential, and help themselves. ...Learn more