Opportunities for girls in the Souss-Massa region of Morocco are extremely limited, especially in the field of sport. There is a relatively low GDP per capita in the area, high rates of female illiteracy, and limited opportunities for women and girls due to the cultural norm of hshuma, which limits expectations of what women and girls can do in public. Many families don't believe that girls stand to gain anything from organized sports, and in some cases families consider the participation of girls in sports shameful. Peace Corps Volunteers in the region are working closely with leaders from six villages to organize a girls' soccer camp. The camp will last for one week and reach ten girls, one team, from each village, and it is designed to improve the participants' soccer skills, self-confidence and community engagement, and to combat cultural norms around girls participating in sports. The camp will be co-led by Peace Corps Volunteers, a local community-based organization, the dar chebabs (youth centers) from each village, and a nearby professional women's soccer team. Participating girls will have the opportunity to learn from Morocco's professional women soccer players and benefit from these positive role models. The long-term vision of the project is for the professional women's soccer team to take over the project, supporting the village teams and growing a developmental league to identify promising young players.

48 girls were able to attend the soccer camp, where they participated in workshops led by Moroccan soccer professionals and competed in a final tournament. The girls loved being coached by the professional soccer team and would constantly clap and cheer the players’ names when they arrived each day. The girls were able to get a week’s worth of high-quality soccer training that 100% of them rated as excellent or good, and 95% of girls said they learned more about soccer and that their skills improved. Overall, there has been an increase in knowledge about soccer rules, strategy, and skills among the 48 girls, and 93% are much more likely to participate in their town’s team in the upcoming year. The girls also participated in three workshops: Health and Nutrition, HIV/AIDS, and Girls Health/Self Esteem. After each workshop, they were given short tests to evaluate what they had learned.

The camp inspired a new, community-led initiative focused on girls soccer. In the months since the camp, a community member contacted local high school sports teachers and gathered interested girls to create a new girls soccer team, complete with coaches. They are currently searching for sponsors to expand their resources, and are scheduling matches between girls from different towns in the coming fall.

“This project showed the girls that adults are invested in their interests. It connected them to women who make a living out of playing soccer, and it provided the girls with role models for engaging with their community in the future.” – John, Peace Corps Volunteer
“The soccer was the good part of camp. It was good to see the girls play and learn from AMJAD. The girls never have good coaching and never have space to play soccer, but at camp they did. It was very good for the girls.” – Hakim, Project Leader
“I like soccer a lot, and I liked the soccer camp. I was happy to play so much and play matches, and I was happy to learn from AMJAD. The activities were fun, and I learned from them.” – Rokia, 15, Project Participant 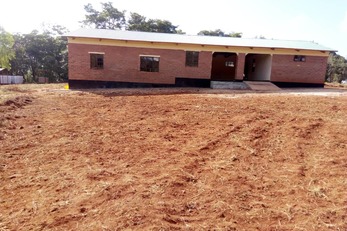 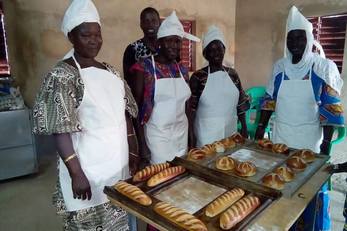 The mission is to mobilize the women of the commune of Mont-Rolland around community development and the fight against the rural exodus. It gives women the opportunity to create activities generating ... ...Learn more 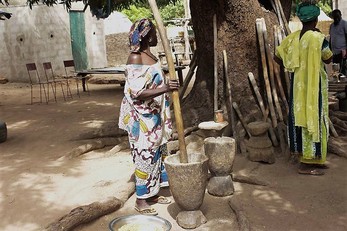 The purpose of GIE Haldi Potti is to improve the economic situation of the women make up the group. This mission sees its realization in the activity that allows all the women of the village to meet. ... ...Learn more 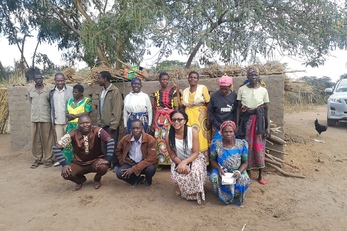