Situated in the African Great Lakes region, Uganda takes its name from the Buganda Kingdom, which encompasses a large portion of the south of the country, including the capital, Kampala. Beginning in 1894, the area was ruled as a protectorate by the British, who established administrative law across the territory. Uganda gained independence from Britain in 1962. In 1971, Idi Amin seized power in a violent coup and ruled Uganda for the following eight years. The country’s Indian minority, which composed a vital part of the nation’s business community, was forcibly deported en masse during this period. Civil liberties were nonexistent and summary executions and disappearances were common. As many as 500,000 Ugandans are believed to have died during Amin’s regime. Amin was toppled from power in 1979 after Tanzania occupied Uganda during the latter’s attempt to invade and annex the former. Civil rule since then has been marked by intermittent conflicts, including a lengthy civil war against the Lord's Resistance Army in the Northern Region. Yoweri Museveni, the present head of state, has ruled Uganda since 1986.

Uganda’s developing economy relies heavily on agriculture with coffee, tea, tobacco, and fish comprising much of the nation’s exports. Since 1990, the country has witnessed progress in reducing poverty although absolute poverty remains persistent: Over a quarter of all Ugandans live in abject poverty. Additionally, gender inequality and the status of women are contentious issues in a country also confronting the challenges of HIV/AIDS, inadequate infrastructure, and strong inequalities between its urban and rural populations. 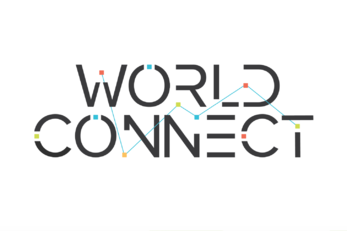 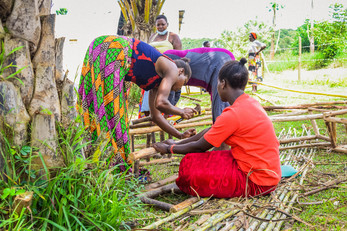 Uganda
In Uganda, thirty women will participate in an income-generating enterprise centered around beekeeping. The 30 women will divide into three Women Business Groups. They will have a seven day training o...
2020 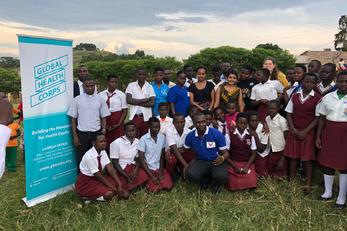 Uganda
Rural Aid Foundation aims to construct a community women and health information center that will double as a facility for income generating activities. The goal of the community organization is to emp...
2020 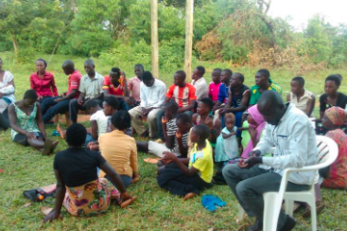 Uganda
In Bugaya, Uganda, there is limited access to clean drinking water and sanitation infrastructure. With this World Connect grant, a local community organization called HOLD Uganda plans to rehabilitate...
2020 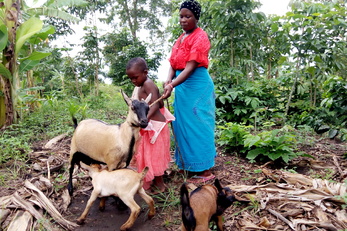 Uganda
This project involves raising five goats, four female and one male. The goats' milk and meat will be used to suppliment nutrition, particularly for newborns who need to be weaned early to prevent moth...
2019 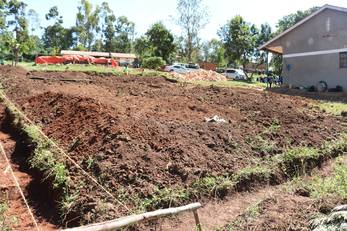 Supporting Quality Environments for Maternal and Newborn Health in Lwamaggwa

Uganda
Although Lwamaggwa Health Center-III in rural Uganda is a very high performing health facility, it is not up to the required standard to adequately care for mothers before and during delivery. There a...
2018