This project will be a partnership between a local community organization, Sports Association Hilal Aslim, the Peace Corps Volunteers in Agdez, Morocco, and the local chapter of Red Crescent, to implement the Grassroots Soccer Skillz curriculum. The Skillz curriculum consists of eleven classes and helps young people understand the transmission of HIV/AIDS and how to prevent it. Trained, local coaches will implement the curriculum with a group of young people between the ages of 15 and 30 over the course of one and a half months. At the end of the curriculum, participants will demonstrate increased knowledge about HIV along with increased understanding of its transmission and how to prevent it. Participants will also be able to distinguish fact from rumors inspired by local stigma. Afterward, participating youth will be mobilized to share their knowledge with others in the community.

The Moroccan school system provides little or no instruction on sexual health, so the Skillz curriculum provided vital information that was not previously available to the students. The curriculum was successfully implemented and by the end, participants showed heightened awareness and knowledge of HIV; the students had improved understanding of HIV transmission and prevention, and were able to distinguish between scientific facts and rumors spurred by cultural stigma. The project was very popular within the community, involving 60 students rather than the anticipated 40-50.

"Previously, HIV and AIDS were only discussed, if at all, in clinical and scholastic contexts. We were able to move that discussion into daily life and thus reached demographics that would have been overlooked otherwise." – Carter, Peace Corps Volunteer
"Not just the youth, but also the adults learned. It was good." – Elhassan Chafiki, Project Leader
"It was a good program. I learned new things and enjoyed the games and talk... When I went to school, I always told my friends about what we had learned." – Zacharia ,17, Project Participant 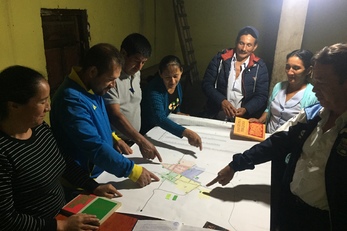 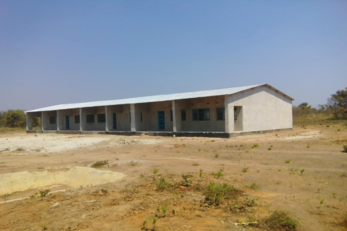 Yes. the Parent Teachers Association consist of elected members amongst the community which consist of PTA chairperson, PTA vice chairperson, one committee member representing the church bodies, one ... ...Learn more 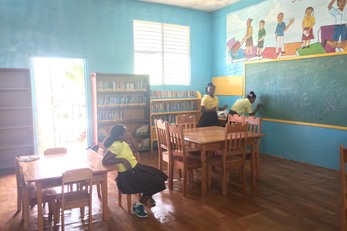 Making our Library More Child-Friendly with Reading Materials and Computers

Our school does have an elected governing body which is known as the Parent Teachers Association (PTA).  This body is elected by the parents at our first general meeting which is held at the beginn... ...Learn more 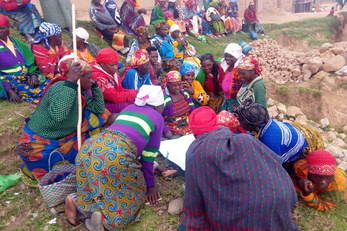 At the beginning, the mission of this group was to empower women financially and give them the opportunity to take good care of their families by providing the basic necessity such as health insurance... ...Learn more